Ignoring the entry point price difference between Android Wear Devices and the Apple Watch is hard to do. When the “low end” men’s Apple watch costs around $400, and a Moto 360 costs $250, it makes the cost of wearable experimentation very high for an Apple early adopter (OK, it’s not a trivial expenditure for an Android Wear user either).

I don’t, however, think that success in this market is all about finding the right price. It is much more about delivering a unique experience that justifies a consumer’s purchase, and makes wearable usage something that becomes integrated into someone’s daily routine.

So far, I don’t see Android Wear devices having cracked the code, based on my own family’s experience. When everyone still is still carrying their phone, which delivers all the same basic functions as first-gen wearables (notifications, haptic silent alerts, timekeeping, voice navigation, activity tracking), other than the “style”/Technorati points gained by wearing a smartwatch, there is little else, in terms of value of adopting daily smartwatch use. It just becomes another thing to remember to charge each night.

That said, both Apple and Google are investing lots to be a leader in the wearables sector. The challenge is which one is making the right calls at this early juncture. Over the last 6 days, there were two announcements on the Android Wear front that make me believe that, while this is a multi-year battle in its earliest stages, Google is making the better initial calls on delivering a compelling wearable experience.

Pain point being addressed: The need to be in Bluetooth range of your phone (and your phone in 3G/LTE/WiFi connectivity) to have your wearable deliver web-connected value to you. 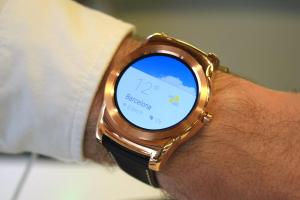 Both Apple and Google need your watch to be fully connected to allow voice navigation and other features to operate. That limits when and where I can use my watch. In a world where you work, live and entertain yourself in locations with perfectly good WiFi networks, why can’t your wearable take full advantage of that as a connectivity solution, and eliminate the need of proximity to a data-connected phone?

Google announced last week that it is going to support direct WiFi communication from WiFi-chip enabled smartwatches (even in older devices, like the Samsung Gear Live) in its next release. That means things like having the ability to get notifications and use Google Now without the whole Bluetooth need. I think that is a fundamental shift in the smartwatch base use case. Will it come with its own challenges? Yes – WiFi radios are notoriously higher in power consumption, so there is work to do to figure out battery management, but having personally worked in the world of ultra-low power WiFi for the last 24 months, that is a solvable problem.

Apple Watch does have some WiFi-enabled functionality. You saw Kevin Lynch talk about the notifications and call handling that the Apple Watch will support over a home’s WiFi network. The challenge is that we have yet to see if any non-Apple Watch apps will have “open” access to WiFi at any point in the near future. I don’t see that happening in 2015.

Pain point being addressed: Being restricted to Google/Apple base notification services for push communications.

At SXSW, Google unveiled that they have been working with 30 popular app companies on being part of the first wave of people using the new Google Now API, and are looking to create an open API that the full development community can soon access.

The aspired-to experience here is a better form of contextually-aware, rich-content messaging to a wearable user. That is a huge need in the wearable space. No matter how innovative the UI of a wearable device may be, the small form factor of a smartwatch makes it the wrong place to do lots of settings manipulation. Cloud services need to learn your preferences, and then, when combining it with context (location, activity, time of day, etc.), push the right messages to you that deliver the most value. That is Google Now’s underlying aspiration, and they are willing to allow other (non-Google) apps to compete for a user’s attention, and tune the overall experience based on an individual’s behaviors and preferences.

The bonus of the Google effort here for third party developers? Enabling voice recognition and service navigation via Google Now. WhatsApp already wants to voice-enable their experience within Android Wear. This opening up of voice capabilities for apps can be the trump card that makes the Google experience a winner for consumers.

It has been easy for people to take a shot at the Apple Watch since its launch, but I am sure they are working hard to make it a winner. That said, having had nearly a year’s head start, it looks like Google and the Android Wear team are learning a lot from their in-the-field experiences, and have an aggressive, more open (from a networking and app perspective) playbook that will make them a tough competitor in this nascent wearables market. The challenge will be whether their intellectual leadership can translate into market-share leadership.

In 1972, we had thought that the world was our oyster. Only 2 years prior, we had shown the universe that we weren’t tied to our lonely planet, and had placed our first footsteps on the moon. It was time for individuals to show the world that they too were part of the technology revolution. What better way to do that than to have a “smart watch” that demonstrated you were both fashion forward, and someone who embraced technology. Enter the Pulsar. At the time, it looked like it came right off of Buzz Aldrin’s wrist to yours. At a jaw-dropping $2,100 (around $12,000 in today’s dollars, which is shockingly close to the cost of the gold version of the Apple Watch), you got a solid gold watch with a single red LED display. 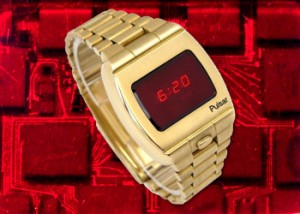 Flash forward to today, and if someone ask you to price a watch that looked like that today, gold aside, you would think it was in the sub-$10 range, and offered by Fisher Price as part of their “My First Watch” line. That said, the Pulsar launch was an important first step that helped lead to the creation of a digital watch marketplace that ships over 1 billion watches a year. I bring that history up because, next month, Apple is set to announce their first fundamental new product line under Tim Cook’s watch, and the world is waiting to see if Apple is the first player to crack the code in creating a must-buy reason that jumpstarts the smartwatch category. From the outside, the playbook looks like this:

The functions and experience that have been demonstrated show a bold step, in terms of non-verbal user navigation. That is important, because Android Wear hasn’t yet nailed that part of the whole wearable experience, and seems to have been somewhat stagnant and conservative on this front over the last 7 months, during a period where risk-taking should be the rewarded behavior. That said, here is what Apple needs to do to have a break-out winner:

Like any Apple launch event, it is fraught with rumors. Here are the latest mark-to-market rumors, and my view on whether they really matter at this point:

My biggest angst-creating issue, as someone whose whole family loves its Apple products, revolves around the voice input experience Apple will deliver. That is what I love most about the Android Wear watches I own. I call it “Always get an ‘A’”-wear for school children. (“OK Google, who was the 22nd president of the United States? What is the square root of 93? How do you say ‘The boy loves school’ in Latin”?). It is one of fun things I can demo to my friends that gets a great reaction from them. Siri is the heart of the whole Apple voice experience. It is as critical for Apple to innovate on the voice interface as it is to innovate at the hardware level. I am not sure they are “all in” on the voice front. Right now, most studies have Google’s and Apple’s voice experiences rated as a tie. Ties are not how you establish market leadership. As aggressively innovative the new UI of the Apple Watch is, I personally don’t want to rely so much on the touch and physical navigation elements of my watch. Voice is the input mode that makes my smartwatch experience shine. For Apple to win, that needs to include extending voice functionality to my favorite apps. I want to command Waze via the overall high-level device experience (the voice analog of the home page). Don’t force me to use voice to launch an app, and only then start navigating the app. Let me tell you which apps have permission to be part of that overall voice lexicon, and deliver a killer integrated voice experience. Wearable voice integration will be the battlefront, and there is a limited window where Apple can show real thought-leadership. 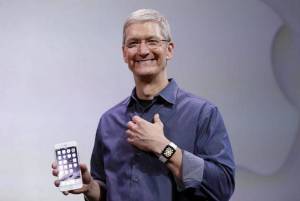 At this point, Apple will ship what they have in the can for the April launch event. The goal is for them now is to make the Day 2-and-beyond experience a winner for those loyal, price-insensitive early adopters. That means lots more work over the next few months to make the Apple Watch really a winner. They have so many great things in their intellectual trophy case. Let’s hope that they rise to the challenge, and years from now, we will view the Apple Watch launch as a defining moment in the evolution of the man-machine interface!